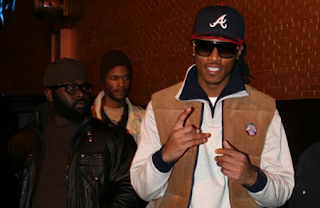 So by now everyone has heard the very popular “Racks” I couldn’t stand the song at first but now, it’s a daily play before work. The video recently dropped and Future expressed his dislike for the video on 107.9 with the Dirty Boyz, JNicks & ET Cali as well as Twitter, by tweeting “Fuck errbody who had sum to do wit racks video! Dat shit waaaaaaaaacccccckkkkkk.” I guess Future is pissed and rightfully so. Racks was originally his song, he came up with the catchy melody and in return he has hardly any camera time. Watch Video below and check out the 107.9 interview on HotspotATL.

Racks on Racks Song Beef
﻿
Bet you didn’t know that Gucci, Rocko, and Shawty Lo was in the video, the camera man, director and the editor loves YC.


Rocko, YC, & Future all do not approve of the final outcome of the video. Interesting.
Ciera Chantál impeccableimperfections forever 8:01 PM

smh, like thts crazzzzzzzy. Any song that future makes imma be apart of the movement. #team future