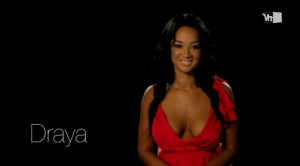 When watching the first episodes of VH1's basketball wives, I knew I recognized the really pretty girl that had the one on one with Gloria. I took to the internet, and realized she was the EX-Girlfriend of Chris Brown that was arrested for child abuse.


I just can't believe that Shaunie, let her on this show. I hope they expose the allegations, so that she can address them head on. There are always two sides to any story. But the police had to think something was wrong if she was arrested for Child Endangerment.

You leave your child home alone one day and the next your on T.V. leaving the glamours life.

A 7-year-old Wyomissing boy was coming home from school to an empty apartment and spending nights alone while his mother worked in Philadelphia, borough police said Friday.

The boy told police that he would get off the bus most days and wait for someone to leave or enter the gated parking garage under the apartment complex in the 100 block of North Park Road so he could get into the building, police said.

His mother, Andraya M. Howard, 25, would leave the apartment door unlocked and microwave dinners in the freezer for him, they said.

Police arrested Howard at the apartment Thursday night on a charge of endangering the welfare of a child.

According to court records:

A policeman found the boy alone in a disheveled apartment Dec. 16 about 2 a.m. after the boy called 9-1-1 and told dispatchers he was home alone.

He told Patrolman Kevin M. Quinter that he called his mother's cell phone about 20 times to find out where she was. He last spoke to her when he called her after getting off the bus. She said she was at a tanning salon and would be home soon.

The apartment looked like it had been ransacked, with women's undergarments scattered throughout the living room. A small dog was in a cage, and dog feces and dog urine were in several places in the apartment.

While Quinter talked to the boy, the youth got a TV dinner from the freezer, stood on the counter and put it into the microwave.

Police called the boy's grandmother, who took him home.

She said she had been watching her grandson while Howard went to her job overnight in Philadelphia, but she had not been baby-sitting the boy for a few months.

Howard, who said she worked as a model, returned home about 8:45 a.m. and police told her that her son was in the care of the county Children and Youth Services while they investigated.

Police did not know the status of the child Friday.

They charged Howard on Dec. 30, but did not immediately arrest her because she agreed to surrender to sheriff's deputies.

When she didn't, police went to the apartment and arrested her.